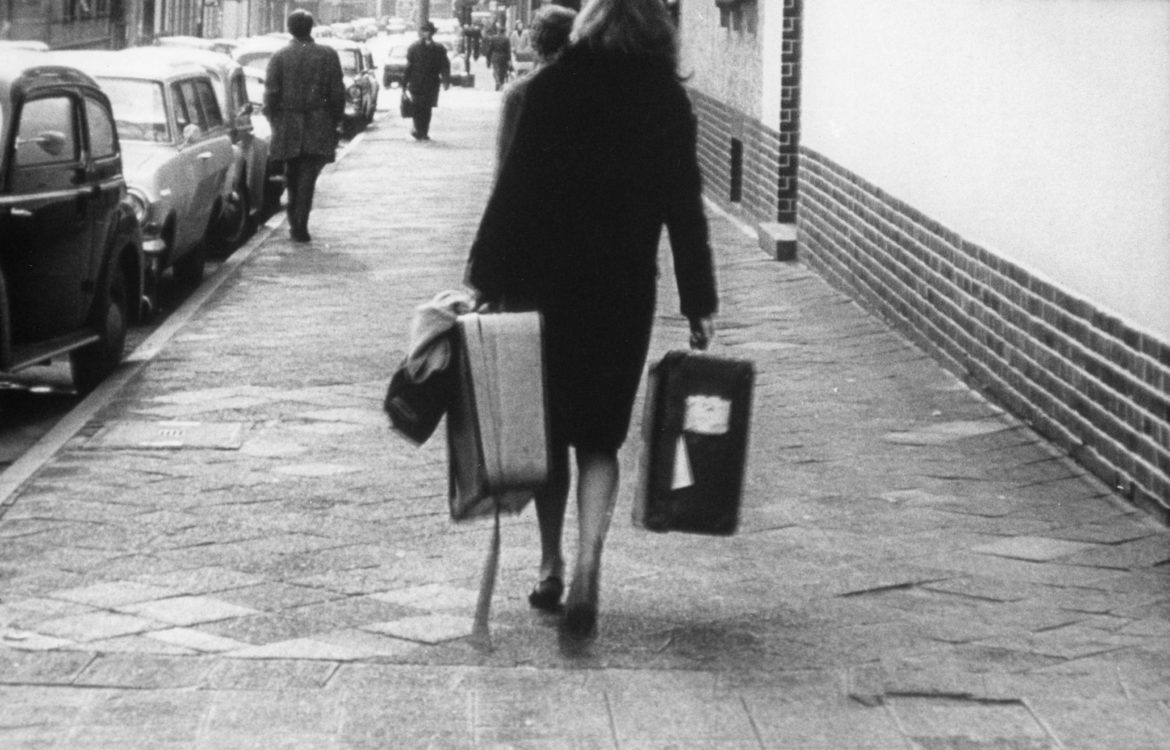 Abschied von gestern is the first full feature movie in the oeuvre of the German director, writer, script author, and TV producer Alexander Kluge. Abschied von gestern was shot in 1966. It reflects perfectly well the alienation and dissatisfaction of the generation growing up after World War II. The film tells the story of Anita G., Alexander Kluge’s sister, a young woman who – upon leaving East Germany – cannot find a place for herself in the Western world. Brought to court for petty thefts, she cannot enter university due to poor preparation. Nor can she find a job, and the elderly man he has an affair with leaves her on learning about her pregnancy. Abschied von gestern is a history of conflict of a young woman with a patriarchal system of institutionalised authority, in a world with which she has never been able to identify. “Uns trennt von gestern kein Abgrund, sondern die veränderte Lage / We are separated from yesterday not by a rift, but merely by a shift in position” – this quote from Reinhard Baumgart is the very first still of Kluge’s movie. Only the events of 1968 will offer the new generation a hope for a change of the old system.